A Tale of Three Davids

The stretch of art history from the Early Renaissance through the Baroque can be exemplified by selected works of major artists during these periods. Three works by Donatello, Michelangelo, and Bernini representing the biblical character of David are good examples of this stretch of art history.

Donatello was born in Florence sometime in the late 14th century and died in 1466. The exact date of his birth is not known and subject to conjecture. He received his training in a goldsmith’s shop and worked under Ghiberti for a short period of time and accompanied Brunelleschi to Rome to study classical antiquity. His famous representation of David, cast in bronze, was the first such freestanding work since the time of ancient Rome. David was completed sometime around 1440 during the Early Renaissance. It is 5’2 ¼” in height and is currently installed at the Museo Nazionale del Bargello after becoming the property of Cosimo de’ Medici and then confiscated and placed in the courtyard of the Palazzo Della Signoria. 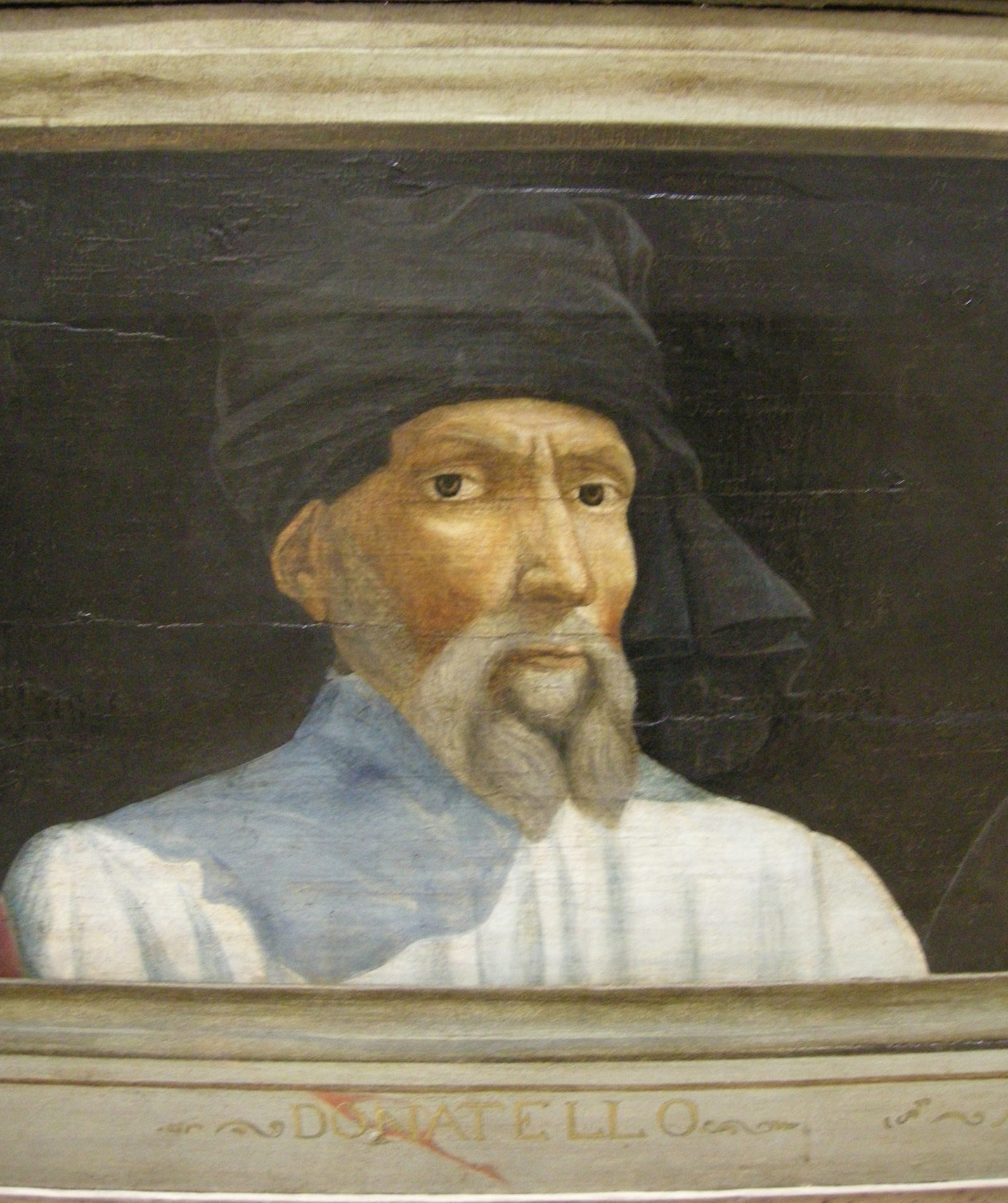 Portrait of Donatello at the Louvre Museum.

Michelangelo was born during 1475 in Caprese and died in the year of 1564. His family operated small banking operations and worked government positions. Soon after his birth, his family moved to Florence where he was raised. After the death of his mother, Michelangelo moved to the house of a stonecutter in Settignano where he was introduced to chiseling stone. He was apprenticed to the sculptor Bertoldo di Giovanni. Requesting two of Bertoldo di Giovanni’s best pupils, Lorenzo di’ Medici, Florence’s ruler at the time, received Michelangelo to attend his school. At twenty, Michelangelo found his way to Rome but went back to Florence where he worked on David. Chiseled from Carrara marble abandoned by another artist, David was completed in 1504 during the High Renaissance, is 17’ tall, and originally stood in the Pallazo Della Signoria. Currently, it is installed at the Accademia Galleria in Florence. A copy now resides at its previous location.

Bernini was the son of a Mannerist sculptor, Pietro Bernini. He was born in 1598 in Florence and died in 1680. Accompanying his father to Rome, he participated in projects of his father and became noticed by Annibale Carracci and Pope Paul V. Eventually he came under the patronage of Cardinal Scipione Borghese. During 1623 he sculpted his David for a nephew of Pope Paul V during the Baroque period. David stands 5’7” tall in marble and occupies a space in the Galleria Borghese in Rome. 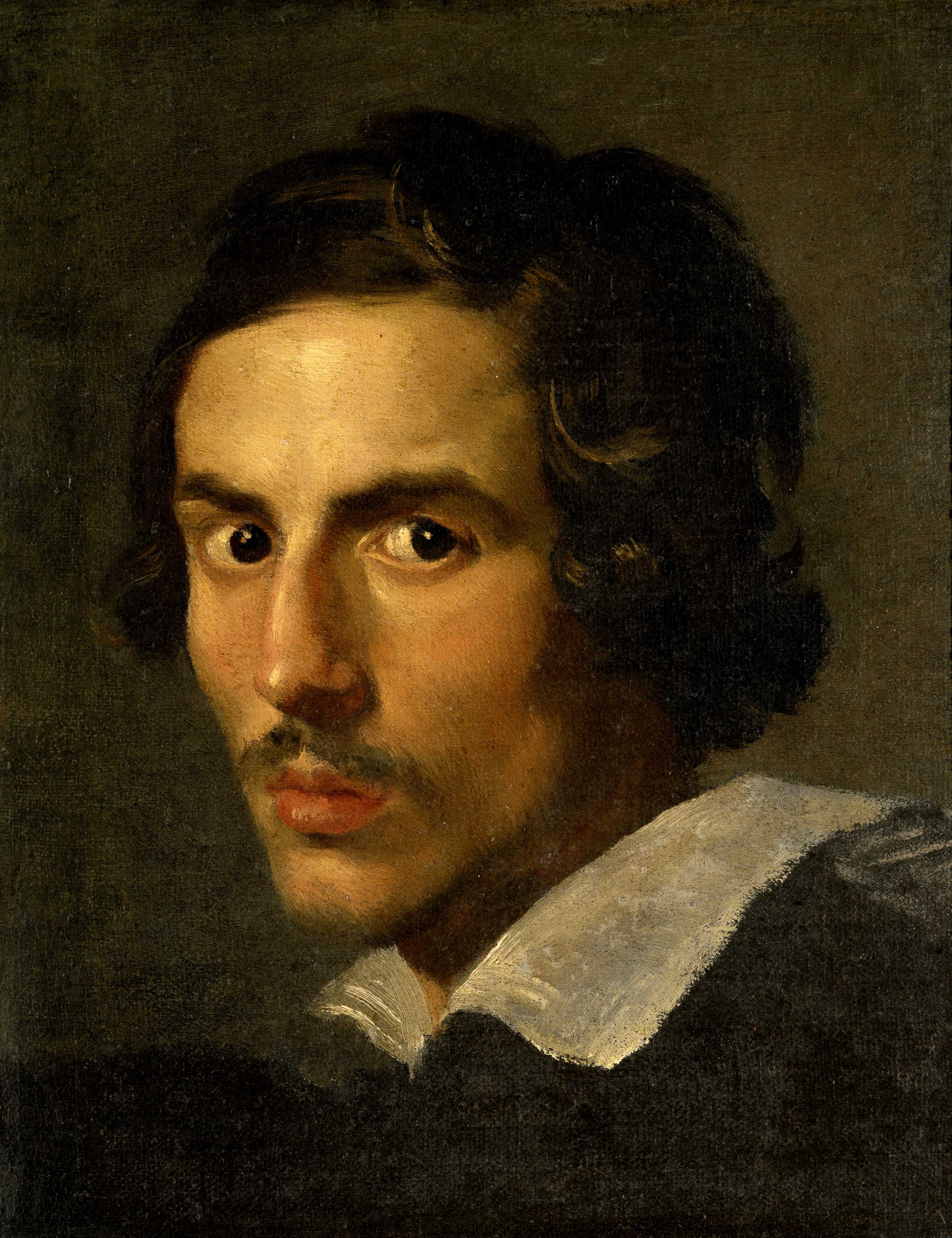 Donatello’s David carries an expression of inward preoccupation. Little outward evidence on the face of David shows the effect of the momentous victory achieved. In a classical contrapposto pose, the gracile, boyish figure holds a sword that seems too heavy for this young figure. Michelangelo’s David is physically different although in the same classical pose. Here, David is a quite physically fit young man with an expression of determination and fortitude while displaying apprehension. Michelangelo’s David expresses power and righteousness. Unlike both the previously mentioned sculptures, Bernini’s David is a twisting, active figure wrought with resolving toward his dreadful goal. His expression is strengthened by the long curving movement of his left leg and body to his head and the sweep of his arm in front of him. Where Donatello’s and Michelangelo’s sculptures share classical characteristics in a pose, Bernini’s is overtly expressive and vigorous. 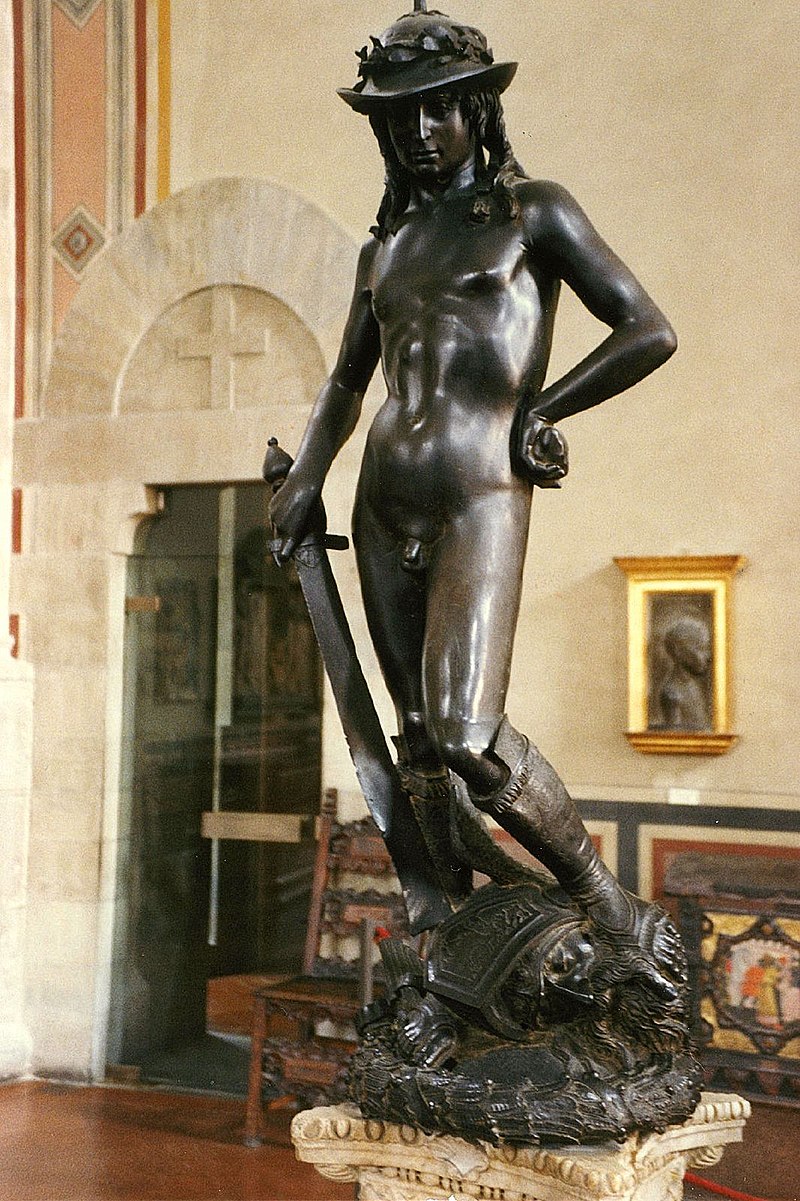 Donatello’s David places his foot upon the head of the slain Philistine giant. Michelangelo focuses attention on David before the conflict. Instead, Bernini shows David during the act of slinging his projectile. Each sculpture shows David at different times of the clash.

Each of these three sculptures represents the periods in which they were composed. Donatello’s David breaks with the formulas of the past, presenting the figure as a three-dimensional subject occupying a realistic space with a believable, humanistic nature symptomatic of the Early Renaissance and the Renaissance in general. Michelangelo’s monumental sculpture serves the purpose of intensely expressing the values of the community and larger standards. The passionate concern with expression preoccupies the High Renaissance and especially the Mannerists. Bernini’s David is extremely realistic and expressive without the same stasis or concern with classical poses. His David is typical of the Baroque whose main concern is communication with the viewer and individual experience.

Side View of David.

Each of these three sculptures has a distinctive appeal. Donatello’s figure is an idealization of the youthful male. The viewer can easily see an individual, enigmatic idealization. Many viewers see something in this sculpture probably more related to their own prejudices or biases than the original intentions of the artist. Some see homoerotic overtones. Some see a veiled attempt at a secular portrayal of the male figure in spite of the religious subject. Many analyze the hat the figure wears or the boots or the feather suggestively placed on the inner thigh. Due to the extensive use of iconography of the times, many ideas are suggested by the story presented. Even the subject matter has come under this scrutiny. Some suggest that instead of the biblical David, the statue represents Hermes with the slain Argos. All in all, is it not interest a successful dimension of any work of art? Enigma in a realistic work is an enhancement to its beauty. 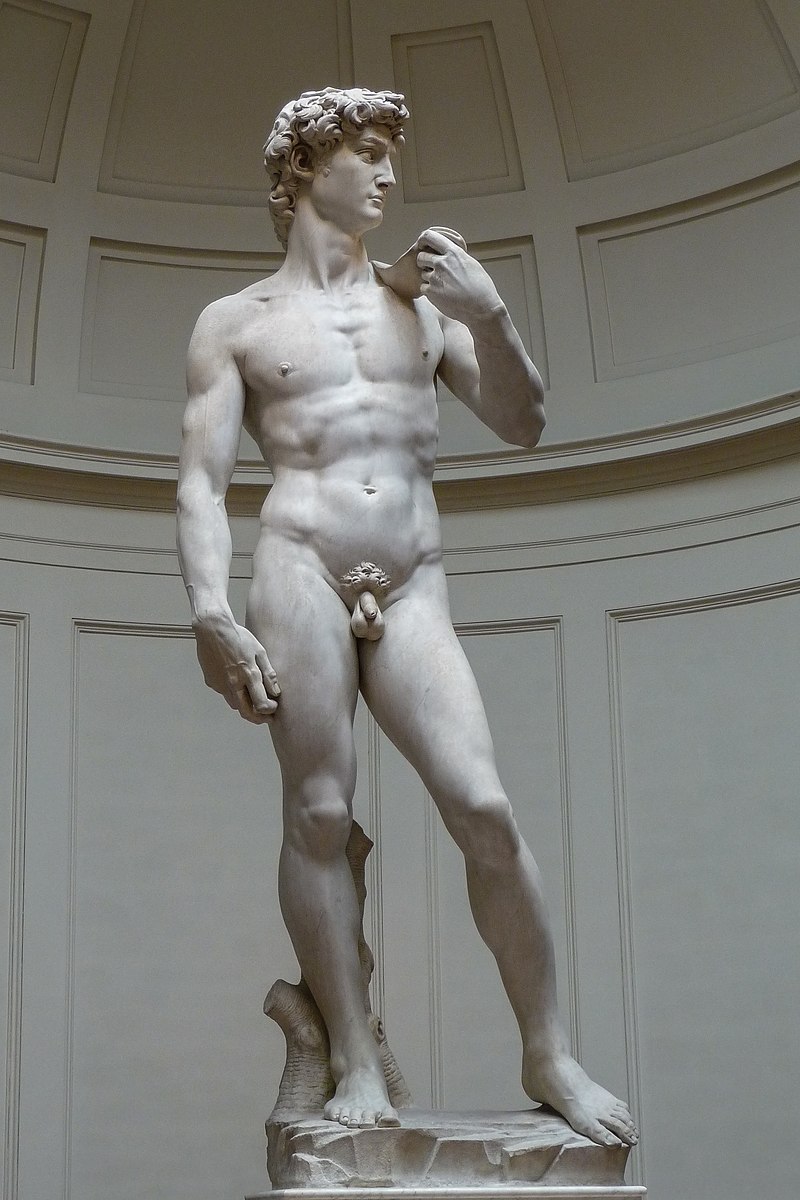 Michelangelo’s David is impressive and imposing. The greatest appeal of this statue is the pleasing proportions and masterful expression of the figure. The level of detail of muscle and vein is not overdone, nor underdone. The twisting of the head and the furrowed brow, the incredibly intense facial expression, the relaxed right arm and the bent left arm holding the sling, the well-done contrapposto pose all lend to a figure that is perfectly balanced and beautiful in stature.

Bernini’s figure is a tour de force of realist activity. All of Bernini’s sculpture is full of movement. He captures a particular time or moment. In David we see the stretched, tense body depicted at an instant that given a split second later the figure has moved further into the surrounding space. Although seemingly less cerebral, the pleasing aspect of this statue is its energy and vigor and the prospect of future action.

All three works representing different periods in art history are works of enormous influence. Different in ways, they are also similar. We think of Bernini’s David as the most different of the three. However, figures from the Hellenistic period and from the imperial era of Rome show many of the same twisting energies. The progression from the Early Renaissance to the Baroque is more of a continuum than a distinct change, while differences appear larger the greater the separation in time.

Laocoon and His Sons, Marble, Vatican Museums, Agesander of Rhodes, Polydorus of Rhodes, Athenodoros of Rhodes, Ancient Roman Copy of Hellenistic Sculpture, Excavated in Rome in 1506.

If you are into modern design such as in architecture, interiors, and furniture, then you probably have heard of Harry Bertoia. Of course, his most commonly seen object is his Diamond Chairs. Originally wire structures that harken to his love of metal work as in sculptures.       The Diamond Chairs come with solid… END_OF_DOCUMENT_TOKEN_TO_BE_REPLACED

Although not meant to detail every modernist floor system, this article will examine a few that I have personal experience with. One of the most admirable features of modernist interiors, in my opinion, is the flooring pervasive during the period of the mid-century.     Although one would suppose by many of the current ideas… END_OF_DOCUMENT_TOKEN_TO_BE_REPLACED