While the current political climate makes things difficult to manage budgets in Washington and the latest cause de celebre, the saving of art and civilization from the cutting of federal public funds for the arts, the same predictable armies have been drafted for the same delusionary fight, ironically using some of the same soldiers who bitterly complain of corporate welfare or of crony capitalism skewing markets and corrupting the law. Dispensing with the overtly political bias many have, a strong case against the use of public funds for certain artistic endeavors can be made.

To begin with, I will tell you a story. A few years ago I participated in a trip to a museum as a member of a student group. The museum had a nice collection of American works such as a Gilbert Stuart portrait, a large Audubon painting, and an Edward Hopper. The collection included quite a few well-known artists in other genre and from other times.

We were greeted by a condescending museum director who treated us as mentally defective children and seemed to dismiss and disdain any work not by a contemporary abstractionist. If the museum existed under the graces of the public at large such as a restaurant or shoe store, the museum would have gone out of business long ago. Instead, this museum was a state sponsored facility associated with a large university whose directors have belched forth from the bowels of ossified academia, an academia that requires political and aesthetic conformity.

The previous little story encapsulates the effect when a state decides to promote art based upon a paternalistic idea of educating the masses lacking in culture and sophistication. To illustrate further, I watched a film about an “artist”, who also happened to be a college professor, portraying white men as sitting in a recliner, drinking beer, and watching mindless television shows. To this black, female college professor this was art. Never mind that this portrayal was as racist as any stereotype created by a KKK member. She considered her work activism and apparently was unable to tell the difference between base political expression and art. This little work of racism found a financial sponsor through a well-known government entity that provided the means to pay the actors, construct the sets, and possibly to furnish drinks and goodies at the self-congratulatory party afterward. Since those dishing out our money belong to the same group of elitists, carrying the same world view and indoctrination, without a doubt never viewed this enterprise for the trite and offensive display that it was.

What if this agency received a request to portray a black man as sitting on a bench outside a drugstore eating a watermelon and speaking with a strong southern idiom or a self-proclaimed feminist as a butch lesbian wearing jeans, a flannel shirt, and a baseball cap? Obviously, the request would have been rejected. The point of all this is that our money, in general, goes only to particular projects that meet with the approval of the elite and of academia.

Of course, this carries over to opinions about art, not just social and political matters. State sponsorship tends to enforce and solidify attitudes about the production of art in all its manifestations that permeate the upper echelon of the art community affecting the private market as well. This is why art that the ordinary person would find silly or repulsive maintains a certain gravitas among the elite or the wannabe intelligentsia.

Many people, influenced by effete college professors or other self-important elitists, in order to appear to themselves or others as cultured, swallow a lot of nonsense to play the current art scene game. This means that one not only accepts work that borders on stupid but also maintains far left political credentials and the ability to slobber over people with little brains or sanity. In contemporary art, celebrity is without a doubt more important than the work.

People who have created great wealth by hard work and wits seem to lose whatever sense they have when becoming wrapped up in the contemporary art world. Because of its celebrity nature these days, wealthy collectors find fame in owning works by these so-called artists. However, those with private resources should be allowed to spend their money as they see fit. Before the involvement of the federal government, art seemed to flourish and progress without state funds. The art market was based upon images and objects that the public wanted to see and not artificially distorted by the influence of state money.  After all, the great accumulations of art in the Met, the Art Institute of Chicago, or most other American institutions did not come from government, but from private sources.

One thinks back to the days of the academies of France which tightly controlled art in the 19th century. The Impressionists revolted against this system, eventually opening cracks in the intellectual walls of the elite. Ironically, Americans, which had no state controlled orthodoxy, fell in love with Impressionist work when Paul Durand-Ruel brought several hundred paintings to the US. Consequently, American museums hold vast numbers of Impressionist artwork. Today, many art institutions operate on the same levels as the French academies and are just as pernicious in enforcing dogma due in large part to the impunity experienced by the direct disconnection with the public and resources. The public’s franchise in choosing what programs and art deserve promotion becomes insignificant and impotent. These things are left to the “experts”. This only works as long as the public remains, due to the condescension of the elite, incapable of rejecting this sort of haughtiness.

As an example of the interference of government in producing negative results, we will examine sports. Many leagues worldwide are allowed monopolies. In the US, leagues have been exempted from anti-trust laws. Not only this, but government presents them with stadiums costing vast sums of money, provides tax breaks, and since competition is restricted, mollifies their threats of moving by all sorts of political and monetary guarantees, all of which constitutes subsidies to a private business. The end result of the lack of competition in a particular sport and the subsidization are high ticket prices, ridiculous player’s salaries, gouging for parking, food, drink and other ancillary products, plus only one team in even very large cities, all mostly the fault of government.

Most of the greatest works of American artists were created without the use or need for government assistance. Indeed, some our most glorious productions came into existence without state help. When free of the encumbrances of government sponsorship, artwork no longer poses an offense to those who provide the money. A work that purposely offends or opposes a group or a religion should never be paid for by the people it offends. The free exercise of expression does not need nor require funds from a central government. Art will continue based upon the demand and preferences of a free people. 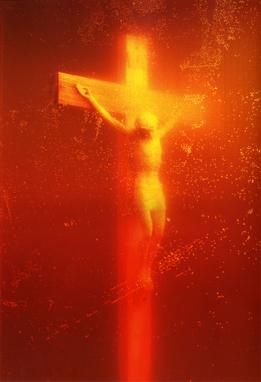 To characterize opposing or suggesting reductions of federal funds as against art is entirely dishonest and deceitful. The ludicrous and simple-minded “Vote for Art” fits well within the range of the untruthful. The central government is not the repository or generative point for art. The current disputes involve politics more than a concern for art.

One may offer the example of the central role of art in the decoration of public buildings such as the large works by Samuel F.B. Morse in the rotunda of the Capital. Art as part of public structures carries different responsibilities than private sponsorship. Even though these sorts of works can be paid for by private sources, state funding is not out of place, though not altogether preferable.

One must always remember the effects when a central authority takes a part in art. The Nazis, the Soviets, the Maoists, the North Koreans and the dictators in Cuba and Venezuela come to mind. The less interference by a government the better. 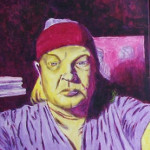 One thought on “The Case Against State Sponsored Art”

If you are into modern design such as in architecture, interiors, and furniture, then you probably have heard of Harry Bertoia. Of course, his most commonly seen object is his Diamond Chairs. Originally wire structures that harken to his love of metal work as in sculptures.       The Diamond Chairs come with solid… END_OF_DOCUMENT_TOKEN_TO_BE_REPLACED

Although not meant to detail every modernist floor system, this article will examine a few that I have personal experience with. One of the most admirable features of modernist interiors, in my opinion, is the flooring pervasive during the period of the mid-century.     Although one would suppose by many of the current ideas… END_OF_DOCUMENT_TOKEN_TO_BE_REPLACED

These video and pictures include the final footprint of my tiny new space that will undergo construction in November 2018. The furniture and cabinetry are from IKEA but I may do all the design and construction myself which I will post as a separate article. I am so busy that I may not have time to … END_OF_DOCUMENT_TOKEN_TO_BE_REPLACED

I started to write an article on basic framing for those who are very much into a do it yourself construction of a tiny house. I have learned first hand many of the concepts involved, some by trial and error. In order that walls, openings, windows, and doors are properly fit together, one needs to … END_OF_DOCUMENT_TOKEN_TO_BE_REPLACED