After reading an article on www.spiked-online.com, the question of using the term judgmentalism when exploring art criticism piqued my interest. The article on this website, “Modern Art is Not Rubbish,” engaged in the typical tortured intellectual gymnastics that has been around since the Cubists, which I will examine a little later. Nevertheless, I have heard this term used for religious discussions, but never in the context of art, nor do I think it at all appropriate. In fact, the above-mentioned article, which is an interview of Matthew Collings, contains all the delirious ravings one reads from those religiously wedded to these antique ideas.

Judgmentalism in a religious concept might be exemplified by the axiom of letting he who has not sinned cast the first stone. However, as easy as this is to understand, judgmentalism takes on intricate shades in religious doctrine. The above-mentioned article, which is ironically full of judgments, uses one judgment after another in order to dismiss judgmentalism and uses the term in the ordinary sense of involved in making a judgment or making a judgment rather quickly or emphatically.

Art is a series of judgments. An artist must judge all aspects of the materials and performance necessary for creating a work. Isn’t this obvious? Usually, the artist considers the intended audience, the response or even the capital gain from the creation of artwork.

Then we come to the critic, which our Matthew Collins professes. The exploration of art by written examination has a place in art itself. Many famous writers down through the ages have penned works sometimes more worthy of attention than that which they write about. Yet essentially, these are personal observations, judgments, if you will, not theorems or principles as in The Principia or even those spelled out in the very flawed Das Kapital.

So here we have a term or accusation of judgmentalism based upon judgmentalism. This is one of the intellectual contradictions found among the modern art elite or academic in contemporary times. 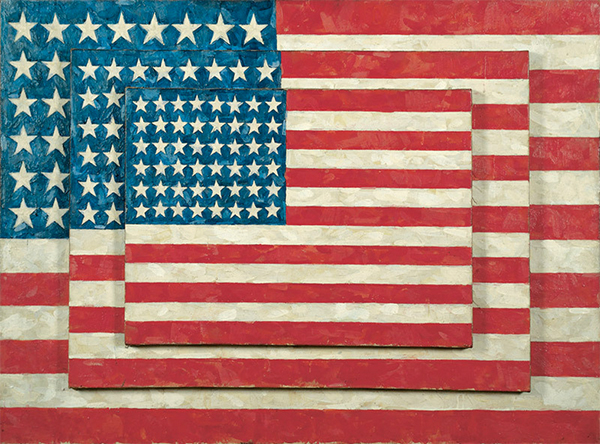 Admittedly, I have never thought much of Jasper Johns work. For me, it is a little step above the ugly, repulsive work of Robert Rauschenberg. Nor do I see anything of value in viewing either of these artists work, though, I assume, by the mutterings of Matthew Collins, I have some intellectual defect that prevents me from “seeing”. Now, what does Collins’ “seeing” mean? I’m sure he can go on and on about this inimitable sense without much real explanation. They always do. 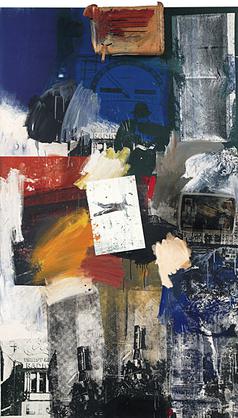 Now, let’s take on some of the common defenses of Modern Art:

Some like to say that one needs the full context of the work through a full explanation or even knowledge of the artist in some way. I call this the “spiel”. Spiel in German means gameplay. In English, we take it to mean an excuse or persuasive argument intended to bring another to a way of thinking or a position on some sort of action with the effect of eliciting skepticism. The capitalist that I am, I have no problem with the sale of a car or refrigerator based upon such a method, but find the promotion of art based on the deceptive utterances of those with a bias or religious affectation with the brand name more than disconcerting.

My favorite of all is the ever popular, “Well, all art is an abstraction!” Abstraction originally meant the reduction or abstraction of basic forms or images from nature. Abstract has many meanings, which I will not go into here. Nevertheless, one may think of the abstract at the beginning of a scientific paper. The abstract pulls the central concept of the paper into a short form, leaving the facts, measurements, and arguments to the body of the work. This allows the scientist to review what the paper is about without having to read the entire writing. One might also think of the expression “abstract thought”.

Contrarily, distortion is not an abstraction. We think of the extended figures of the Mannerists or the idealizations of the Hellenists as examples of distortions. Even so, the additional features added to the human form do not leave us guessing as to what the work represents. So-called abstract art partially or entirely distorts the image to such a degree that it becomes possible not to discern what in nature the image represents if the image is meant to represent something. 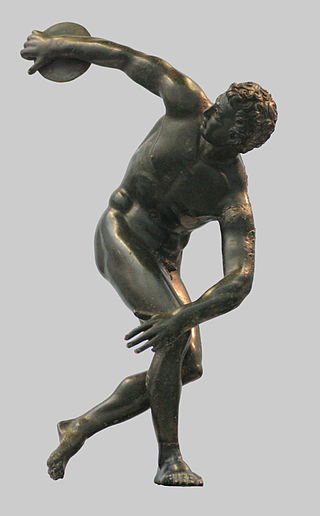 The above image by Jackson Pollock, the so-called Abstract Expressionist, was the product of Pollock slinging or dripping paint onto a canvas on the floor. His paintings using this method are referred to as “action” paintings. For me, there is no expression here! This awful work leaves me empty and uninterested. This painting tells me nothing, and even if it did, I could care less what it might say. I don’t want to engage in research to find out what it supposedly says–usually the foolish musings of some art critic who exists in the rarefied atmosphere of the elite art community. I am not the least bit interested in Pollock’s chaotic personal history. The painting is boring, the worst thing one can say about a work of art.

Now, not all abstract art can be dismissed so easily. Admittedly, many modern works such as those of the Minimalists find a place as decorations because of their good graphic designs based on color theory and proper balance. The works of the Minimalists are pleasant to look at even though they do not necessarily relate to anything in ordinary experience. Perhaps enough comes from the appreciation of the color and graphic qualities of a work rather than any narrative or deeper meaning.

I must also confess that I have engaged in abstraction myself:

Bag, Book, and Bottle in a Landscape, Pastel Chalk on Paper, Howard Bosler, 2010.

I find amusing, as in the article interviewing Collins, the imputation of subtlety and complication in abstract art. Rather than argue the contrary point, let me point you to a highly amusing report of how a misplaced pineapple became a work of art:

I think these two reports answers all questions about the deep intellectual process involved in Modern Art. Although these two objects were not abstracted, I think the cult surrounding Modern Art is well exposed.

I could go on and on concerning the many ridiculous statements made in this Matthew Collins interview, but leave it to say that one can simply state, if so inclined, that Modern Art IS rubbish. What logical argument can one make to change the reality of choice? If one thinks that Modern Art is rubbish, holding this view is no less intelligent or no less insightful as the opposite position, in spite of the arrogance and personal biases of Mr. Collins. (It would be more effective to have reason as to one’s opinion.) Mr. Collins possesses no specialized, secret “seeing”, nor does he have knowledge beyond most other people. This is like the so-called gourmet who thinks that knowing about wines confers some fantasy of sophistication. Regrettably, differences in taste do not connote any difference in sophistication. As with most art critics and academics, Mr. Collins thinks that the use of compound sentences and obscure references means one has a big brain, superior to the masses, neglecting that content carries more weight than wit.

If you are into modern design such as in architecture, interiors, and furniture, then you probably have heard of Harry Bertoia. Of course, his most commonly seen object is his Diamond Chairs. Originally wire structures that harken to his love of metal work as in sculptures.       The Diamond Chairs come with solid… END_OF_DOCUMENT_TOKEN_TO_BE_REPLACED

Although not meant to detail every modernist floor system, this article will examine a few that I have personal experience with. One of the most admirable features of modernist interiors, in my opinion, is the flooring pervasive during the period of the mid-century.     Although one would suppose by many of the current ideas… END_OF_DOCUMENT_TOKEN_TO_BE_REPLACED

These video and pictures include the final footprint of my tiny new space that will undergo construction in November 2018. The furniture and cabinetry are from IKEA but I may do all the design and construction myself which I will post as a separate article. I am so busy that I may not have time to… END_OF_DOCUMENT_TOKEN_TO_BE_REPLACED

I started to write an article on basic framing for those who are very much into a do it yourself construction of a tiny house. I have learned first hand many of the concepts involved, some by trial and error. In order that walls, openings, windows, and doors are properly fit together, one needs to… END_OF_DOCUMENT_TOKEN_TO_BE_REPLACED