One of my earliest memories when studying painting was the expert uses of line to produce certain effects in painting. Leonardo Da Vinci’s La Gioconda, best known as the Mona Lisa, deals in the smokey, misty effects of sfumato. In fact, search for the concept of sfumato on the Internet and most likely the Mona Lisa will show up as an example. While just the opposite can occur among the early Renaissance painters of Northern Europe with their sharp crisp differences between forms and color. 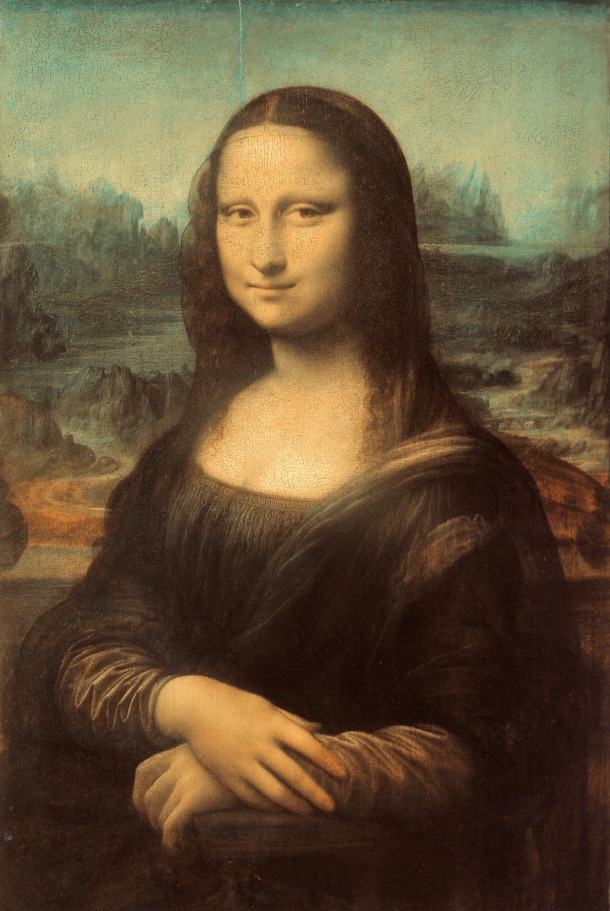 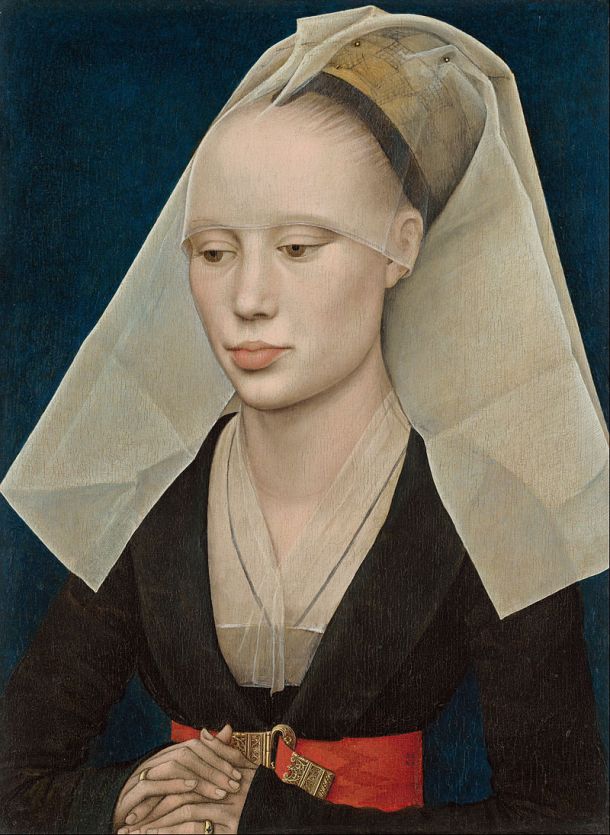 The utility of varying the lines or edges of surfaces can lead to perceptions of differences in plane and volume. One thing not mentioned enough when examining the Neo-Classicists of the 19th century is, in their effort to assume a classical ideal, their use of line to forward a formal expression without a heavy reliance on shadow and tone especially in portraiture distinguishes their artistic impulse. An artist that comes to mind in this respect is Jean-Auguste-Dominique Ingres. 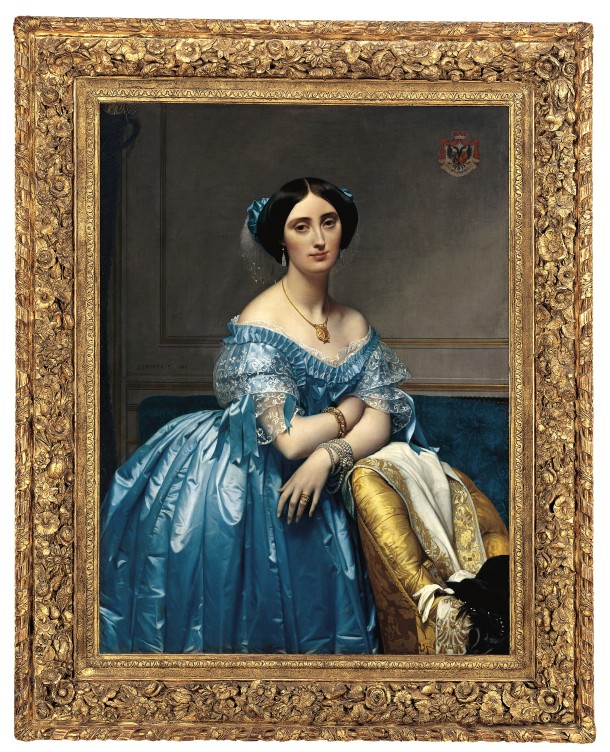 Besides the bravura facility for materials and flesh, the Princesse de Broglie is an excellent example of the use of varied line to produce formal effects. Take a look at this ladies elbow and forearm. Where the elbow comes to a point the line is crisper. Where the forearm is more round and fleshy, the edge is diffuse. We see the same effect at her distant shoulder compared to the one closer to us. So he is not only defining form but also distance. We see this subtle manipulation in line in her neck and face and anywhere there is flesh.

We view the same subtle manipulation of edges in his painting of Madame Moitessier.

The top of her forearm is crisp while the bottom is diffuse. The line following her hand holding the beads and down her arm as it varies to her sleeve is a thing of remarkable beauty, poetry in painting. Not only does the variation in line intrigue but it also reinforces the manner of the composition, the warm flesh of the arm that comes across the body, contrasting with the dark material helping frame the figure while the curving beads continues from the vision traveling up the exquisitely painted arm holding the fan ending in the gazing face.

What can we learn from this brief observation? Such things as subtle and poetic  variations in line distinguish an artist from others, leading to a richer and more fulfilling viewing experience. The casual viewer may have never detected the exact reason for the formal substance when examining these paintings but found great interest in seeing the expert manipulation of textures and colors.

It also tells us that these boundaries between objects and spaces can make a huge difference in the convincing world that an artist tries to impact on a viewer’s senses.

If you are into modern design such as in architecture, interiors, and furniture, then you probably have heard of Harry Bertoia. Of course, his most commonly seen object is his Diamond Chairs. Originally wire structures that harken to his love of metal work as in sculptures.       The Diamond Chairs come with solid… END_OF_DOCUMENT_TOKEN_TO_BE_REPLACED

Although not meant to detail every modernist floor system, this article will examine a few that I have personal experience with. One of the most admirable features of modernist interiors, in my opinion, is the flooring pervasive during the period of the mid-century.     Although one would suppose by many of the current ideas… END_OF_DOCUMENT_TOKEN_TO_BE_REPLACED